RWS Ltd was appointed to complete a dilapidation condition survey on a Listed property in Oxfordshire. Some queries had been raised by tenants within the property and some concerns were voiced as to the safety of pedestrian foot traffic below.

The building was a mid-terrace 17th century three-storey property, with no access to the rear and limited access to the sides of the property and it stood in a prominent high street position.

RWS Ltd developed recommendations into a scope within the client’s budget to repair the building and ensure it was in a safe and structurally sound condition, without compromising safety or quality. Some temporary works in terms of shoring was required and MEWP access to make urgent temporary repairs.

Though this refurbishment was a long project which involved more parties than a standard dilapidation and refurbishment project, RWS Ltd delivered the project on time and within the client’s budget. 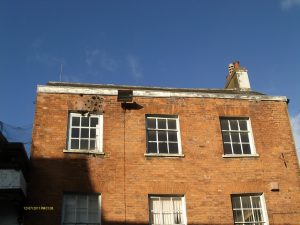 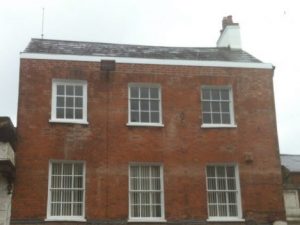 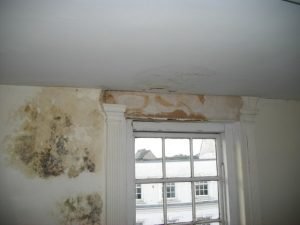 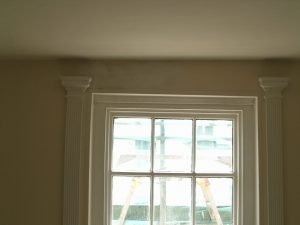 A standard dilapidation survey was carried out, documenting the condition of the property and remedial works that would be required and their respective urgency.

As the property was a Grade II Listed building, RWS Ltd used its internal design team who specialise in dealing with Listed and conservation works consents. Regular site meetings were held with the Local Authority Officer to discuss the materials and scope of works to gain approval and consent.

Once the works were approved by the Local Authority Conservation Officer, RWS Ltd could get to work with the dilapidations and refurbishment. This included a vast range of internal and external works, which required many skilled tradesmen, carefully selected by RWS Ltd, from bricklayers to roofers and all specialisms in between.

RWS Ltd used a specialist brick matching service company who visited site and took samples of the original 300-year-old bricks. This was used to find a suitable modern brick to be approved by the local authority.

A hand-made red brick was chosen which was spectacular in appearance. Though previous repairs to the property were substandard using engineering bricks, we tried to rectify these issues as much as feasible to tie the new into the old brickwork, which surpassed the requirement of the local conservation team.

Rebuilding of the 300-year-old brickwork walls was a delicate task. Finding a colour match for the existing mortar was a challenge, but our brickwork team found a perfect match for the lime mortar mix.

Remaining works to the façade included repairing the traditional sash windows. They originally didn’t work and, on survey, were at risk of total failure and collapsing into the street below. Luckily, the windows could easily be removed. An on-site workshop was created and the original windows were saved and refurbished.

Internal works began by temporarily supporting the third floor from below, leaving access for facilities tenants were using on the second floor. The entire floor had moved away from its original position after years of gradual movement. The building had to be restrained in terms with the structural engineer’s rectification details, then the floor was rebuilt in a traditional method to meet the requirement of the listed building consent including replacement floorboards and lathe plaster ceilings.

Adjoining rooms were showing signs of many years of neglect. Some lintels internally had failed due to a defective lead gulley and required extensive replacement. Luckily new lintels were easy to source and will prove the test of time and last for many years to come and, after carrying out refreshment works to these areas, tenants were amazed by the transformation of the area.

You can find out more about which cookies we are using or switch them off in settings.

This website uses cookies so that we can provide you with the best user experience possible. Cookie information is stored in your browser and performs functions such as recognising you when you return to our website and helping our team to understand which sections of the website you find most interesting and useful.

You can adjust all of your cookie settings by navigating through the tabs.

Strictly Necessary Cookie should be enabled at all times so that we can save your preferences for cookie settings.

If you disable this cookie, we will not be able to save your preferences. This means that every time you visit this website you will need to enable or disable cookies again.

This website uses Google Analytics to collect anonymous information such as the number of visitors to the site, and the most popular pages.

This website also uses On Monitoring to track web traffic and not individual personal information.

Please enable Strictly Necessary Cookies first so that we can save your preferences!